NSWRL.com.au brings you award winners' news as it comes to hand, live from The Star, Event Centre.

11.05pm – That wraps up the 2018 Brad Fittler Medal – stay tuned to NSWRL.com.au for interviews with tonight's awards winners.

10.56pm – "It's definitely one of the best years of my life... We didn't often look at the papers or read the articles... but now that it's all said and done, it's pretty special to reflect," Tedesco says.

10.54pm – "Origin is that elite level... it's the best players from all the clubs, there's no weaknesses," Tedesco says.

10.35pm – Congratulations James Tedesco! The Brydens Lawyers NSW No.1 is named the state's best player in 2018. "I'm very honoured to receive this award... I'm so happy to win the series, I loved every minute of it... this Medal tops it all off," Tedesco says. Tedesco pays tribute to his parents: "I wouldn't be here without them."

"Origin is won on moments... (Tedesco) went 1-on-1 with Kalyn Ponga [in Origin II], and brought him down to save a try. That's a moment," Fittler says of Tedesco. "That play was a series-winning effort."

10.18pm – 2018 Origin debutant Tom Trbojevic receives the True Blue Award, given to the player that best displays the team's core values. "The coaches beside me who gave me an opportunity, I'm thankful for that," Trbojevic says. Tom's brother Jake received the award in 2017.

9.40pm – Damien Cook speaks with the media after accepting his award. "I thought a lot of players over the series played really well, I'm grateful to get the award," the 27-year-old says.

9.31pm – Brydens Lawyers NSW Blues' No.9 Damien Cook is named the 2018 Daily Telegraph 'People's Choice Award' winner. "It's been a quick turnaround, coming into the NRL (and then playing Origin)... a few things have happened along the way. I've always had (Origin) as a goal... I'm very thankful for the opportunity," Cook says of his Origin debut. "To (be voted by the fans), it's a big honour."

Congratulations to @DamienCook91, winner of the 2018 @DailyTelegraph 'People's Choice Award', as voted by the fans!

9.27pm – Isabelle Kelly claims the 2018 Harvey Norman NSW Women's State Player of the Year. "She's a player you can trust, and a try-scorer obviously... She's just one of those players that knows her way to the try line," Women's Origin coach Ben Cross says of Kelly.

9.22pm – The St George Illawarra Dragons' Reece Robson is named NSW Under-20s Player of the Year. "Obviously it wasn't the result we wanted... Any chance to pull on that blue jumper, it's a massive honour," Robson says.

9.20pm – True Blue and Junior Blues coach announces Captain Shawn Blore as the NSW Under-18s Player of the Year. "All I ever wanted to do was to make my parents proud," Blore says of the award. "Being up here tonight to receive this award, hopefully I'm doing a good job of that... I'm just really happy."

9.16pm – Trey Mooney, Captain of the successful Under-16s Blues, is named Under-16s Player of the Year. "This award means the world to me... These accolades are a great part of the journey," Mooney says. "This is a chance and an opportunity for me to take my career to another level."

Captain Trey Mooney of @TheParraEels is named NSW Under-16s Player of the Year!

9.12pm – Newtown Jets CEO Stuart McCarthy is named the 2018 Ray Stellar Club Person of the Year. "Working in Rugby League, it's a privilege, not a job... it's a really exciting time for both clubs (Newtown and Cronulla Sharks)," McCarthy says.

8.25pm – The room breaks for main meals. Stay tuned to NSWRL.com.au for an interview with 2018 Intrust Super Premiership NSW Player of the Year, Caleb Aekins.

8.08pm – A premiership winner with Mounties in 2018, Simaima Taufa is awarded the Harvey Norman NSW Women's Premiership Player of the Year.

Beau Henry of the @WentyMagpies is named #RMCup Player of the Year!

Congratulations to Beau Fermor and Beau Henry, named the #JFlegg and #RMCup Players of the Year!

The @NRLKnights Beau Fermor takes out #JFlegg Player of the Year!

Congratulations to #SydneyShield Player of the Year, Damian Lawler!

7.55pm – NSWRL CEO David Trodden welcomes guests to tonight's Brad Fittler Medal, acknowledging dignitaries on hand. "Tonight is a night about celebrating a year, one which speaks volumes about our success both now, and into the future... 2018 truly is a year to remember," Trodden says.

7.34pm – Tonight's first award announced will be the 2018 Sydney Shield Player of the Year, to be presented at 8pm.

GALLERY | The Origin-winning Blues arrive at the 2018 Brad Fittler Medal.

7.18pm – 2018 Brydens Lawyers NSW Blues Paul Vaughan and Nathan Cleary are all smiles as they arrive at tonight's Medal!

7.15pm – Man of the Match in Game One, James Tedesco is joined by his parents at tonight's Brad Fittler Medal.

7.10pm – Guests make their way into the Event Centre, as the night's formalities begin.

6.46pm – ISP NSW Residents and NSW Under-20s captain Kyle Flanagan arrives. Flanagan – who made his NRL debut in Round 24 – is nominated for the 2018 Intrust Super Premiership NSW Player of the Year. Newtown Jets' No.9 Blayke Brailey joins Flanagan at tonight's event. 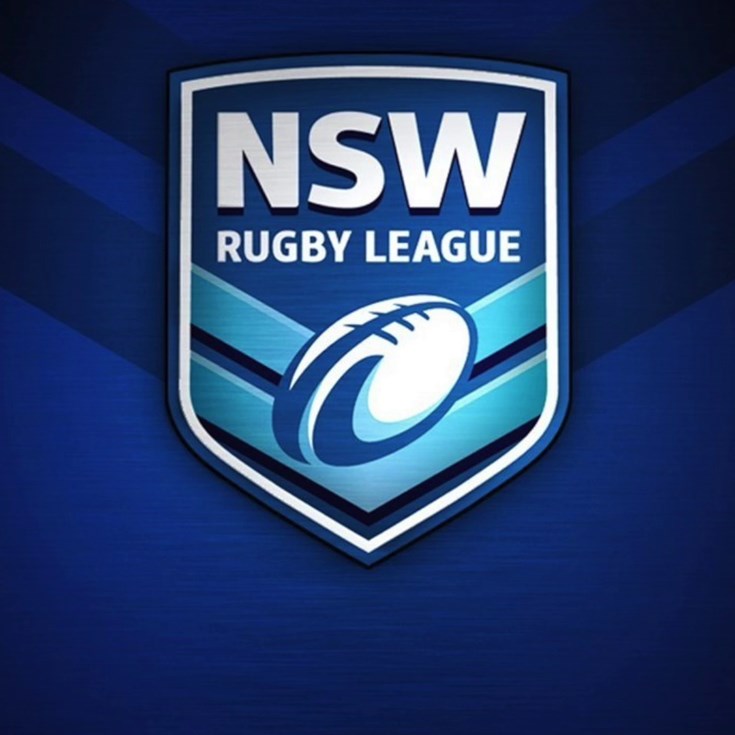