William Kennedy turned the Canterbury Cup NSW Grand Final on its head. Now, his coach believes it’s only a matter of time before the Newtown Jets fullback is doing the same thing for Cronulla-Sutherland Sharks in the NRL.

Kennedy, 22, was named man of the match for his performance on Sunday which saw him run for 248 metres, spark a try for Ronaldo Mulitalo and score the match-winner in extra time after backing up some classy work from Billy Magoulias and Tyrone Phillips.

Jets coach Greg Matterson told nswrl.com.au that Kennedy, who made his NRL debut for the Sharks against Penrith Panthers in April and finished with two NRL games in 2019, was destined to play more games in first grade next season once he beefs up a little more.

“Kennedy’s a star,” Matterson said. “When he puts on a bit of weight he’ll be in the NRL next year.

“He just needed to get a bit stronger and another pre-season he’s starting to thicken up and then he’ll handle the tough stuff. He’s a fullback mate, he’s got to play No. 1.”

The Sharks currently have Matt Moylan at fullback – who is contracted to the club until the end of 2021 – but he had a difficult season with injury and managed only 11 games.

Josh Dugan, who is also contracted to the Sharks for another two seasons, largely stepped in to fill the void at No.1 when Moylan was unavailable.

Cronulla coach John Morris, who was a spectator at the Canterbury Cup NSW Grand Final to support the Sharks feeder club in the Jets, admitted Kennedy was a budding NRL talent which prompted his decision to re-sign him.

“We’ve re-signed him so it obviously shows that we’re keen to keep developing him,” Morris said.

“I’ve seen him come right through from SG Ball level and at every level, and he’s just got better and better every year. Physically he’s had to work hard on his body and his size and I think he’s starting to really fill out there. He showed today he’s a big game player and he’s got NRL written all over him.

“He came through as a half early in his career but just the way he moves he’s so flighty. It just comes natural to him, that fullback play, so that’s where his strength is and he’ll be knocking on the door next year to try and grab that No.1 jersey.” 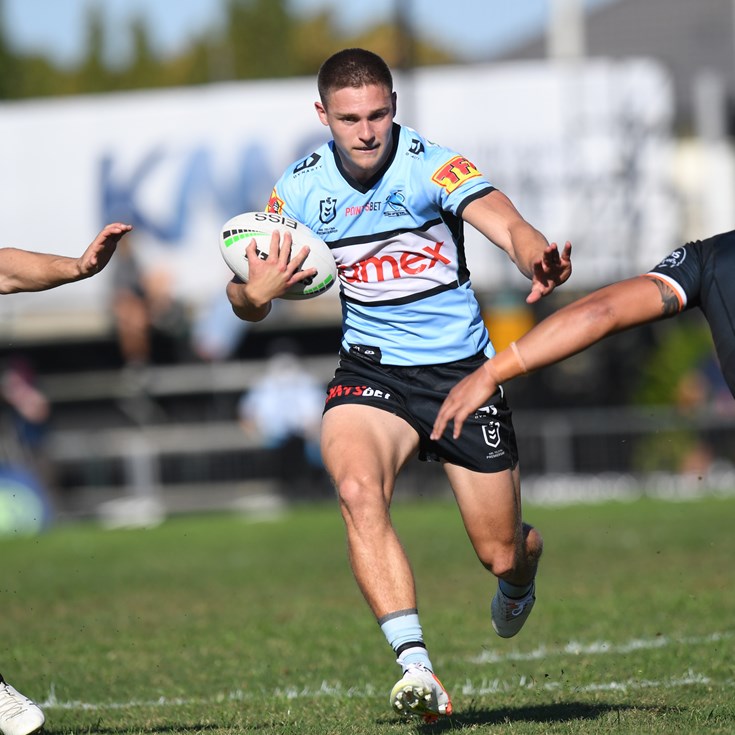