Payne Haas's goal at the start of the season was just to play regular first grade for Brisbane.

The 19-year-old achieved that and more, including a State of Origin debut, being named the NRL rookie of the year and prop of the year, and is now set to play for Australia.

Ditto for Nick Cotric, the 20-year-old winger, who played alongside Haas for NSW, was a member of the Canberra side narrowly beaten by Sydney Roosters in the NRL grand final and will also make his Test debut for the Kangaroos at WIN Stadium on Friday night.

The pair are among eight changes to the Australian team since the Kangaroos last Test against Tonga 12 months ago, with the likes of Haas, Cotric and 21-year-old South Sydney lock Cameron Murray not even coming into consideration until this season.

Raiders prop Josh Papalii is set to receive his first Australian jersey since 2016 if he can overcome a rib injury that cut short his involvement in training on Tuesday, while Sharks second-rower Wade Graham and Storm five-eighth Cameron Munster missed last year's end-of-season Tests.

Missing from the team which played the Kiwis and Tonga in Auckland are forwards Josh McGuire, Felise Kaufusi, Jordan McLean and Aaron Woods, along with five-eighth Luke Keary, centre Tom Trbojevic and wingers Dane Gagai and Valentine Holmes.

With speculation that Holmes may return to the NRL season after trying to make it in NFL with New York Jets, Cotric said he was intending to hang on to his spot on the right wing ahead of the 2021 World Cup.

"Everyone is fighting for that spot so I have to grab the opportunity with both hands, try my hardest and do my best, and see what happens," Cotric said. "Growing up watching the Australian team, with Jarryd Hayne and Greg Inglis, it is big shoes to fill so I can't wait to rip in."

For Haas, the year began with a club imposed four-match suspension after he had recovered from a shoulder injury that limited his debut season in 2018 to just three appearances for the Broncos, but he is now set to play in the front-row for the Kangaroos.

"I just wanted to get back to playing footy," Haas said. "I got suspended at the start of the years so I just wanted to prove myself. Obviously I had a bit of self-doubt and I think I have turned it around."

Haas won the Dally M prop of the year award but many feel that honour could have gone to Papalii after leading Canberra's charge to the grand final.

Cotric said he was pleased to have both Papalii and Haas in the side.

"They are both big bodies and they run hard to get metres for the team," Cotric said. "Papa has been killing it for us, he has been outstanding all year and he has been scoring those crucial tries in the last minute to make us win the game.

"He is a great player, very experienced and cool, calm and collected. He is great for our team. I think he broke his rib and he played through that, I don't know how but he is very tough. He is a machine."

Meanwhile, Canberra's Charnze Nicoll-Klokstad is one of four debutants in the New Zealand team after being named at centre for Friday night’s Oceania Cup Test against the Kangaroos at WIN Stadium in Wollongong.

Interchange forwards Zane Tetevano, Braden Hamlin-Uele and Corey Harawira-Naera are the other debutants.

Be there live at WIN Stadium for the Test Match Double Header. Visit nrl.com/tickets to purchase tickets. 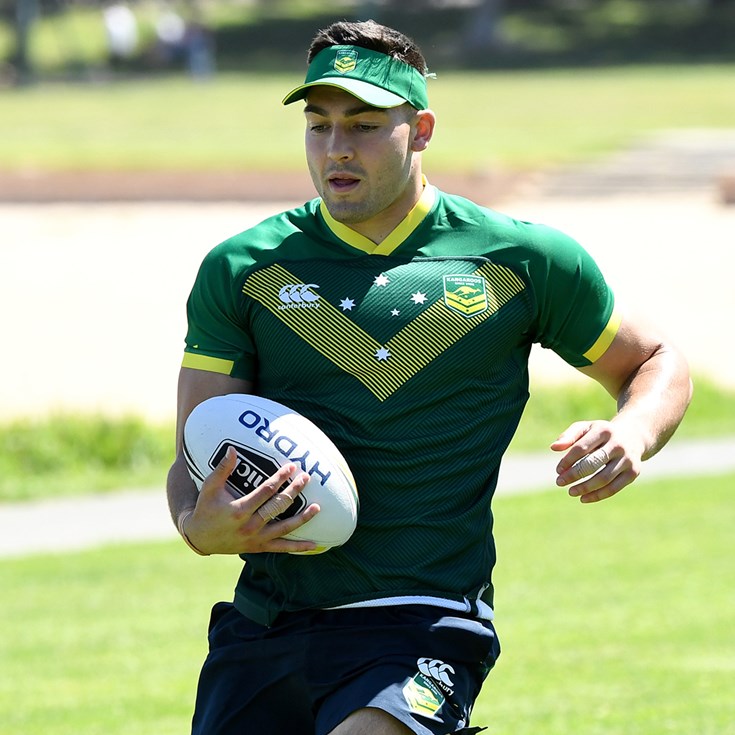 How Blues bench can make their mark in Origin: Wing