Roosters recruit Kyle Flanagan has come to terms with the prospect of not being coached by his father Shane in the near future but hopes their paths cross again at a later stage of their careers.

Flanagan senior will return to the coaching ranks with St George Illawarra in 2020 as an assistant to Paul McGregor after serving a 12-month suspension following deregistration by the NRL.

The setback put Kyle caught in an awkward spot, remaining at the Sharks while his father resigned in January.

As he stood and spoke to reporters at a NSW Emerging Blues camp last week wearing Roosters shorts, Kyle described the past 18 months as a fresh start for all parties involved.

"Everyone talks about that pressure and it's probably off my shoulders now," Flanagan said.

"We did get to play one game together in my debut game. We both love the NRL and the game. It's good to see him back in the game and I can't wait to play the Dragons."

Asked if he could see the pair reuniting again, Kyle highlighted the Nathan and Ivan Cleary partnership as an example of "never say never".

"Footy is a crazy game and you don't know what's around the corner," he said.

"My goal is to stay at the Roosters as long as I can and cement myself as a first-grade halfback.

"He asks me what I'm doing at training and I say I can't tell you. He'll help me with my game later in the year and if he wants to go down to the park and have a kick we'll do that for sure."

If the pressures of replacing champion halfback Cooper Cronk were enough to unsettle Flanagan's nerves leading into his first pre-season with the Tricolours, they certainly aren't on show.

Flanagan met Cronk, who is now the club's specialist halves coach, for a coffee in their first interaction before the pair hit the training paddock in late November – two months after the Roosters' back-to-back title triumph.

"I was a bit nervous the first time, I didn't know whether I should shout him or he should shout me," Flanagan said.

"I idolised him as a kid and doing little stuff with him one-on-one and some kicking stuff on the side after training.

"Every time I see him now he's more a mate and easy to talk to. We've gone through simple things I can put in my game that will give me a good start.

"Coming into the team I don't have to do too much but play basic footy. That's getting my kicks and defence, all the pretty stuff will come off the back of that.

"I'm not going from zero to one hundred quick, I'll use the first couple of rounds to build my game around my defence and earn the trust with the team."

Flanagan had the utmost admiration for premiership-winning coach Trent Robinson.

"A massive footy brain, he's strategic with how he looks at the game and picks my brain a bit," he said.

"He likes to know what I'm thinking at training so I'm looking forward to working with him. He challenges me to bring the best out of me." 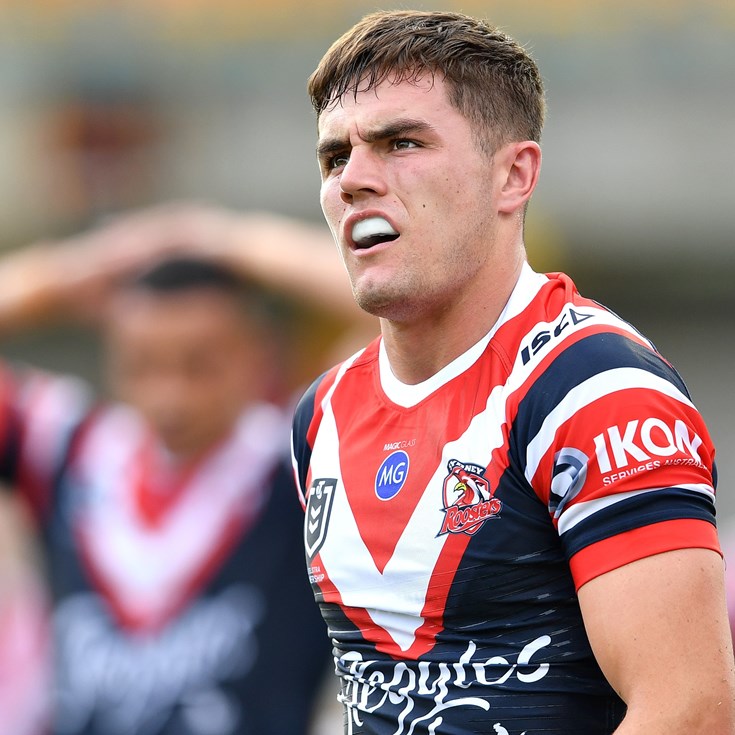