Roosters coach Trent Robinson said halfback Kyle Flanagan was dropped for the side's clash with the Dragons due to a form slide.

The NRL's leading point scorer this season, Flanagan was a surprising omission from the side named to face the Dragons on Thursday with Lachlan Lam named to partner Luke Keary in the halves.

The demotion robs Flanagan of the chance to come up against his father, Dragons assistant coach Shane Flanagan, for a second time this season.

"I thought as part of his development ... we've been going OK but we want to keep pushing for more," Robinson said on Wednesday.

"If I go through every player that I've dropped who has played in this team I can go through many.

"Whether it's Joey Manu, Siua [Taukeiaho] or Mitchell Aubusson who will play his 300th [this week] – this is part of development for any player.

"I want to give Kyle the chance to take a breath and get some development while giving Lachie a chance to come in and show his worth as well.

"It's always hard for a young player who is driven. He's such a hard worker and trainer. He's been physically putting in week-in-week-out so I can't ask for much more there.

"It's a tough school and he's a tough kid who is working really hard.

"It's about taking on the chin, working hard, stand up and fight hard again. That's the way any player week-to-week has to do it."

Robinson said there were no guarantees Flanagan would come straight back into the side next week and indicated prop Taukeiaho will take over the goal-kicking duties.

"Lachie Lam has been training very well and has brought energy to our team," Robinson said.

"It's tough in that aspect, but it's all about week-to-week and what's best for the team."

The Roosters sit in fourth spot on the Telstra Premiership ladder alongside last year's runners-up Canberra, but their latest six-point win over the Titans left Robinson far from impressed.

The Tricolours will need no further motivation against the Dragons with Aubusson suiting up for his 300th NRL appearance and James Tedesco celebrating his 150 game.

"I really want us to improve, I want to strive for more," Robinson said.

"Being OK is not enough, I want to push all of us - coaches and players - to get more out of ourselves.

"It's exciting, the mindset when you go after games and seasons like that, and I felt like we needed a push in that direction."

Annesley: Who is to blame in aerial collisions?

Meanwhile, Robinson indicated Roosters captain Boyd Cordner may be rested for a further fortnight after suffering a head knock at training last month.

Cordner is yet to recommence contact training with the squad but is back running and in the gym.

"It's really important players are honest with where they're at with this and then how they're feeling every day.

"Boyd has been that and it's really hard for him because he wants to be out there playing. 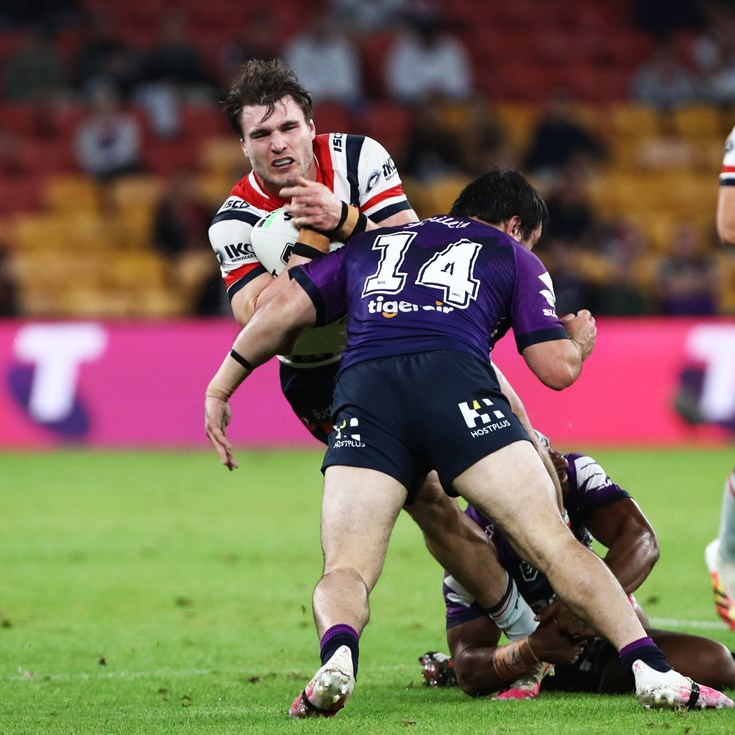