The Knights have struggled to be successful or find a top-notch halfback since Andrew Johns’s retirement more than 10 years ago.

The likes of fallen star Jarrod Mullen struggled to follow in the footsteps of the eighth Immortal, but Buderus is adamant Pearce won’t be daunted when he pulls on the Newcastle jersey in 2018.

“I think the legacy that’s been left there, it’s been a huge one,” Buderus told NRL.com.

“He’ll be just as loved (as Andrew Johns). (He’s) a play-making seven, which we haven’t had for a long time.

“If he can get this team to compete at the highest levels, he’ll be much loved by the people up here.”

“It’s a huge coup for the people of Newcastle,” Buderus said.

“The package that’s sold here would not have just been about wins-losses. It would’ve been about leadership. It would be about starting a whole culture, starting a club again.

“That’s the thing that excites me from an old boy’s point of view. (Pearce is) someone that really wants to come here and make a difference off the field, and make the team his own. I think you can’t put a price on that.

“It’s been a tough decade … especially the past three years. This is just a huge piece of the puzzle to have Mitchell Pearce for the future.”

The 2013 premiership winner has agreed to terms on a four-year contract and joins former Roosters teammates Shaun Kenny-Dowall, Aidan Guerra and Connor Watson at Newcastle.

Buderus has likened the 28-year-old halfback’s arrival to Ben Kennedy’s decision to join Newcastle 17 years ago.

“Ben Kennedy for mine is the best we’ve ever had,” he said.

“From where the club has been to where it is going, it’s just so exciting to think that an elite player is coming to the club on the back of a lot of hard work from a lot of people.

“It gives a lot of hope to a lot of people who have been believing for a long time.”

Pearce brings a wealth of experience to the Knights, who finished last in the past three seasons 2and have qualified for the finals series three times since in 10 years.

“There will be a period where everything will start to click and you’ll see a real significant improvement in the Newcastle Knights team.

“They’ve got the foundations there … now you start to put a bit of polish on it with a signing like Mitchell (Pearce) … and the picture starts to be painted.

“Where it’s at now and headed, it’s going to be one of the top clubs in the next couple of years and that’s great.” 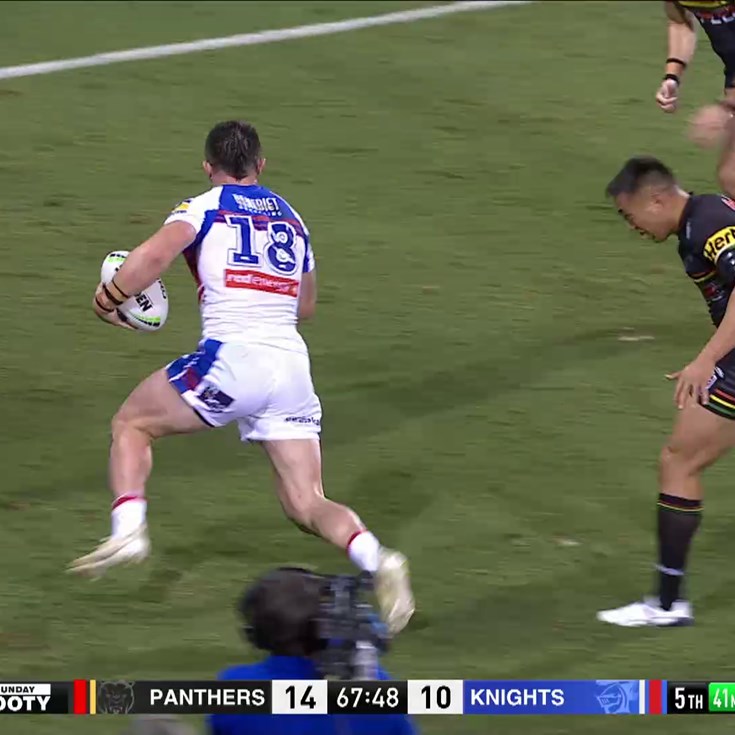 Best double gets the Knights level