Newcastle Knights legend Matthew Johns, who was instrumental in luring Mitchell Pearce to the club, believes they have immediately become a top-eight team following the acquisition of the NSW No.7.

While Pearce hasn’t signed a contract, he has informed the Knights he will be joining the club next season after Newcastle put forward a four-year, $4 million deal on Thursday morning.

It is understood the Cronulla Sharks tabled a three-year deal in excess of $800,000 a year and were confident of landing his services, but Pearce has decided he wants to be part of Newcastle’s exciting rebuild under coach Nathan Brown.

The Knights also threw in some financial incentives to Pearce around team performance and that played a part in the decision.

Pearce, who is expected to travel to Newcastle on Friday to meet club officials, has been in close dialogue with Matthew and Andrew Johns about the prospect of joining the Knights.

Matthew believes his signing has turned a potential mid-table team in 2018 into a genuine finals contender.

“Everyone was expecting him to turn up at Manly or the Sharks but he’s gone to the club that has come last in the past couple of seasons,” Matthew Johns told NRL.com

“I can guarantee you they’ll be closer to one than the bottom next year. Even without Mitchell, I looked at the Knights and thought they’d be a mid-table team that might be good enough to snare eighth spot. For me that would have been an enormous season for the club. For me, with Mitchell now, mate, I definitely see them in the finals.”

The much-maligned playmaker has been under the spotlight since making his debut as a teenager, but Johns believes the change of scenery would bring the best out of the 28-year-old at a time in his career when he should be going to another level.

“I wanted him to understand what the club was about and just to talk about the town itself and living in the town - there’s a feeling you get when the side starts to win and the important role the team plays in the town,” Johns said.

“My belief in Mitchell, as I said to him, he’s a bloke that has played every single one of his first-grade games at a club that expects to win the competition every year. I know for a fact that when you come up to Newcastle and get the whole feel of the place, I said ‘Mitchell, you will enjoy your football like you’ve never enjoyed it before’.

“That’s important for him because I just think Mitchell is heading into a really good period of his career because he’s done a lot in the game and done a lot but there’s still so much juice left in the tank. I think he’s heading into his prime years. Forget about age, I think Newcastle are about to get Mitchell right when he’s about to play his very best football. It’s a great fit for Mitchell with the support of the whole city. Everyone is going to be behind him.”

Pearce all but completes an impressive recruitment drive for Newcastle, which began with Kalyn Ponga and led to the likes of Aidan Guerra, Connor Watson and Jacob Lilyman coming on board.

“Ponga was an enormous signing for them because he’s the sort of bloke that I think attracts other players,” Johns said.

“What Kalyn Ponga is about to do in the next 12 months is going to blow people away. The Ponga signing sparked a few other signings like Guerra, Watson and Lilyman. Now to get Mitchell on top of all that going into next year … I was going to say it’s the icing on the cake but it’s more than that. It’s just enormous for the club.

“The beautiful thing about Brock Lamb and Connor Watson is that they are entirely different players. Brock’s a beautiful ball player who finesses that ball nicely. Connor is just a pure runner of the football. Those two blokes give Browny options.”

Pearce is the best halfback Newcastle have possessed since Andrew Johns made the No.7 jersey his own. Not that his brother agrees.

“The Newcastle Knights, since 1988, have been crying out for a good No.7,” Matthew Johns quipped.

“And at last they’ve got one.” 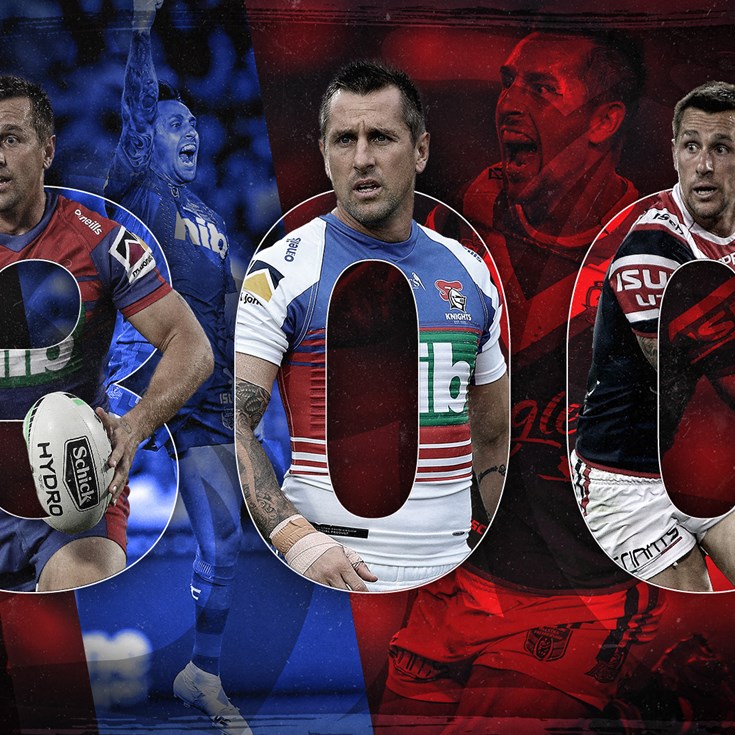