Harvey Norman NSW Sky Blues coach Kylie Hilder had no hesitation in offering up the last State of Origin jersey she wore to help out the rugby league community around Taree.

Specifically, Hilder’s jersey was one of the auction items at the fundraiser held before the annual Krystylea Bridge Cup game between Taree and Wingham, when they meet in Group 3 each winter.

It honours Krystylea Bridge, who lost her battle with a rare form of cancer in 2013. She was 27.

But her family is intertwined with these two NSW towns as her father Gary Bridge, former Balmain and Eastern Suburbs first grader (1982-90), runs the Taree Bulls and played for Taree United.

Her uncle, Wayne Bridge, lives in Wingham and is involved with the Wingham Tigers. Her cousins Tim Matthew play for the Tigers.

And Krystylea’s brother Todd played for the Bulls in the 2017 Krystylea Bridge Cup and kicked the winning goal. He also won the Player of the Match award that day.

“It has become a real family thing but it’s very well supported by everyone in the area so we’re very grateful and humbled,” Gary said.

Hilder jumped at the chance to be involved.

“I’m a Taree girl myself so I worked for the Bridge family every Saturday morning,” Hilder said.

“I knew Krysty quite well… it was a very sad time when she was diagnosed. Everyone knew Krystylea because of Gary and Tanya’s standing in the town.

“I didn’t hesitate when he reached out. If me donating a jersey can help, then that’s what I’ll do.

“The day has a real purpose and is another example of how rugby league can wrap its arms around a community and find ways to support and care.”

The proceeds from the Krystylea Bridge Cup auction go straight the Manning Valley Branch of Can Assist – this is a group that supports those battling cancer.

Gary and Krystylea’s mum Tanya, run the day to honour their daughter. They both have a long association with Group 3 senior and junior rugby league teams.

“Normally we have a big post-game dinner, the auction and raffles back at the club at night,” Gary said. “But with COVID-19 restrictions we had to do the auction before the A grade game and during half-time because at 5pm we went into lockdown.

“So that was a pretty good effort by everyone to raise that amount. Again, we have a great community up here.” 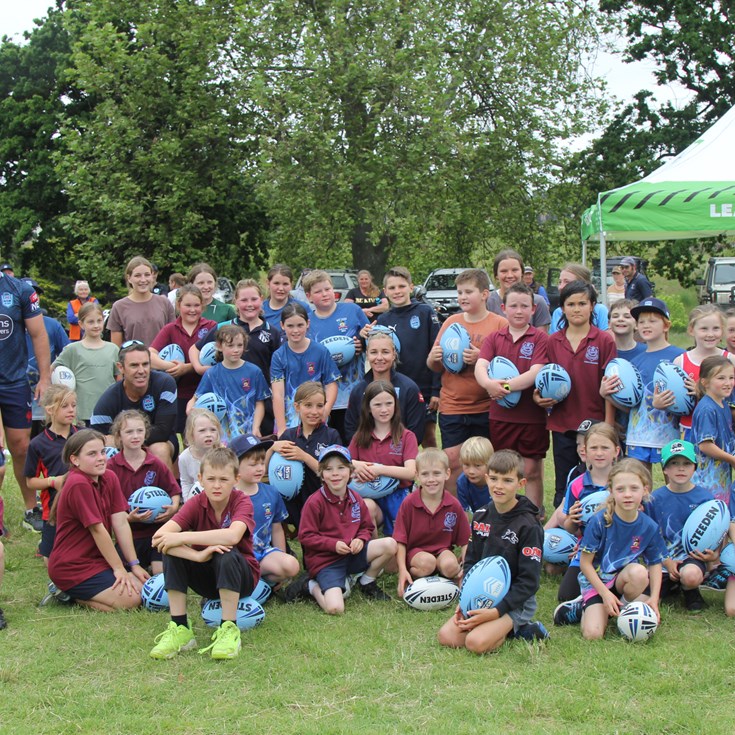